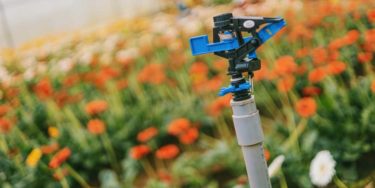 The Brea City Council water conservation ordinance became effective on July 16, 2009. Efforts to conserve remain important in order to protect supplies. Wasteful practices are always prohibited under statewide restrictions that have been made permanent.

Outdoor automated irrigation is limited to only three days per week: Mondays, Thursdays and Saturdays from April through October. Beginning November 1 through March 31, the watering schedule changes to once a week, which is Monday.

o    Sprinklers may never run for longer than 15 minutes per cycle.

o    Runoff cannot be allowed to flow onto paved surfaces or into the storm drains.

Landscaping options just keep multiplying for good looks as well as lower maintenance and big water savings. If you are considering making a switch, be sure to investigate current rebate incentives through the Metropolitan Water District of Southern California. The City of Brea participates with the current program, so you may be eligible. You will want to take action to install planned improvements before funding is diminished.

Exclusive Girl Scout Cookie Sale at the Brea Glenbrook Club on Saturday, February 18, 2023, time TBA. Come and pick up all your favorites.  Stock up and keep them in the freezer to eat throughout Read more…

Just a reminder that dues are still $60.00 and due the 1st of each month. Any payments received after the 15th are considered late and a $10.00 late fee will be applied to the account. Read more…